Raising the bar in the natural and organic retailing world is not an easy task. There are many good specialists beginning with the obvious such as Whole Foods, Sprouts, Natural Grocers, Earth Fare and Fresh Thyme Farmers Market. However, Keith Knopf, President of Sacramento, Calif.-based Raley’s Family of Fine Stores, contends his company has surpassed the competition with a new format called Market 5-ONE-5. The concept is designed to build on the Raley’s mission of infusing life with health and happiness by changing the way people eat one plate at a time.

“That purpose statement is how we are guiding the transformation of the existing Raley’s business,” Knopf said. “Market 5-ONE-5 is the full, bright expression of that purpose. We believe it is like nothing else out there.”

The 11,000-sq.-ft. store on the edge of downtown Sacramento may not appear special at first glance, but Market 5-ONE-5 derives its uniqueness from a merchandising philosophy, senior leadership commitment and set of operating principles underpinning a cryptic name that instantly begs the question what does “5-ONE-5 mean?”

The first five in the name refers to the five senses, ONE is an acronym for organic, nutrition and education and the second five refers to the five essential building blocks of nutrition. The name will take time to resonate with shoppers, but that is okay with Raley’s because even though it wasn’t looking for a catchy name it found one anyway with it alphanumeric approach.

“Market 5-ONE-5, and what it stands for, has been a vision of ours for a long time,” said Raley’s owner and CEO Michael Teel. “Its purpose is to offer our community access to fresh, nutritious and affordable food. Its mission is to help people live healthy, vital lives by taking the guesswork out of understanding nutrition.”

Market 5-ONE-5 is as much a mission statement as it is a banner for a new concept and that too is by design, according to Knopf who believes the name provides clear guardrails toward execution of the value proposition.

“Market 5-ONE-5 is about conviction to a core set of principles. We don’t stock products we don’t believe in, so customers can trust everything on the shelves,” Knopf said. “Our team members know exactly where our products come from, what is in them, and how they were produced.”

The store was developed specifically to meet the needs of people who are overwhelmed trying to decipher food labels and translate ingredient lists. As a result, shelves are stocked with items that meet the highest standards of health and nutrition, are minimally processed, organic and sustainably sourced and free of unrecognizable ingredients not found in nature.

Beyond the center store, Market 5-ONE-5 offers in-store eating and socializing, including wine by the glass; beer and kombucha on tap; a coffee, tea and juice bar; and space for indoor and outdoor dining. The store also offers seasonally-prepared cuisine for in-store dining and delivery to local businesses. And one of the best things about being located in Sacramento is that Raley’s and Market 5-ONE-5 are able to offer the freshest produce due to their proximity to California’s prime growing regions. Should shoppers need help, the team members at Market 5-ONE-5 are billed as true food experts committed to providing exceptional service. They include chefs, foodies, urban farmers, nutritionists and a registered dietitian.

The formula is a new one for Raley’s and Knopf concedes the company has a test and learn period ahead of it. However, he is quick to add, “it is our goal to have somewhere between 30 and 40 stores in the next several years.”

The opening of Market 5-ONE-5 in May 2018 was the culmination of a two-year journey that began shortly after Raley’s President Michael Teel was named CEO of the family owned company in May 2015. Just a few months earlier, Raley’s discontinued the sale of tobacco products as a precursor to a series of moves that would cement the company status as an innovator in the nature and organic world committed to helping shoppers make more informed and better food choices.

One key to executing that strategy was to recruit senior executives from outside the food retailing industry to complement Teel’s vision for Raley’s evolving direction. A month after he was named CEO, Teel hired Knopf as COO. It was an interesting choice considering Knopf was a former Kohl’s executive who had spent the bulk of his retail career with department stores and apparel retailers such as the former May company and Limited Brand’s Victoria’s Secret division. The company made another non-traditional hire in early 2016 when Deirdre Zimmeran joined as Senior Vice President of Marketing. She too had spent most of her retail career with apparel and specialty retailers. Soon after Zimmerman joined Raley’s, Knopf was given added responsibilities as President.

As the development for Market 5-ONE-5 was getting underway, Raley’s was making other moves consistent with the vision developed under Teel’s leadership to infuse life with health and happiness by changing the way people eat one plate at a time. The company started offering free fruit for kids to snack on when they came to stores and parents could also opt for a temptation free checkout experience by using a lane stocked with better-for-you items.

In one of the boldest moves, Raley’s introduced its own “Shelf Guide,” system for helping shoppers identify products with attributes such as minimally processed, nutrient dense, gluten free, non-GMO, organic, vegan, kosher and no added sugar. Such product attributes are increasingly important to shoppers so Raley’s leadership in conjunction with Label Insight undertook the massive science-based initiative to create a Shelf Guide solution touted as, “like having an expert with you every time you shop.” 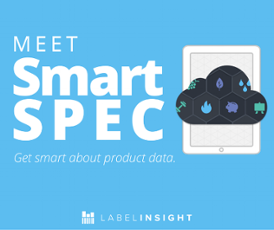